I’ll be appearing at the Driftless Psychedelic Therapy Symposium in Viroqua, Wisconsin, on January 29 and 30, 2016. I’ll be part of a panel discussion with two fellow volunteers from the UW psilocybin study.

Here’s an interview from Wisconsin Public Radio with two members of the team that conducted the research study on the effects of psilocybin. (See this blog entry for more on this study and my participation.) The host of WPR’s “Central Time” program interviewed Paul Hutson, the lead researcher, and Karen Cooper, the head of the training program for psychedelic guides.

I’ve received a bunch of interesting reactions to the Wisconsin State Journal article about the UW research study on psychedelics. One of the senior members of the research community compared me and the other study volunteers to the early test pilots who first broke the sound barrier.

It’s fun to take this metaphor and run with it. NASA test pilots and psychedelic test pilots both “earn their wings.” They both have “the right stuff.” Both have the occasional hard landing. However…

Come to think of it… maybe putting yourself back together is the whole point.

In my interview with the WI State Journal (see the previous post), I gave the reporter a bunch of quotes that wound up on the cutting room floor. Here are some of the outtakes:

First, on the topic of trust, especially of one’s guides:

My first trip ended with a major trial. I had a vision of a monstrous animal that embodied my fears. I was scared at first, but I remembered what my guides told me. They said that, if you encounter a being like that, don’t run away. Go up to it and look it in the eye. Then keep going and pass through its eyes, turn around, and look back out of its eyes.

I followed their instructions and my fear vanished. I realized that the fear was of my own creation and unnecessary. I also realized that my guides knew what they were talking about. I figured that, if I could trust them enough to make it through this trial, I’d be in good hands for the rest of the journey.

You don’t get this kind of expert guidance in a recreational setting. To be safe and to make real progress with psychedelics, you need trained guides.

When I was at the peak of my second trip, I had a typical psychedelic experience of seeing the universe as a spinning mandala. It was a cosmic dance with everyone and everything in creation circling the divine source. I wanted to join in and I started to let go and dance, but I felt my individuality slipping away and I reflexively pulled back. I remembered that my guides had encouraged me to persevere and go with whatever happens. I let go and dissolved into the dance.

Oddly enough, this act of surrender continued into everyday life. You know those times when you’re sitting in traffic gnashing your teeth? Now I can relax and appreciate those moments as another turn in the cosmic dance.

Third, also on the topic of trust:

I’ve always had issues with authority figures. During my second trip, a bunch of these people showed up.  It was a parade of old guys from my home town, coming at me from the center of the cosmic mandala. I was intimidated at first, but then I realized that they were exactly like me, doing their best on life’s journey.

Since then, when I encounter these guys in real life, they don’t bug me as much. I see the humanity in them and I understand that our similarities are much greater than our differences.

My third trip, the one with the big dose of 40mg, was difficult. With psychedelics, however, the most difficult trips can also be the most rewarding.

At the peak of the journey I had experiences of birth and death. They might have been psychological visions, but that doesn’t mean they were easier than the real thing.

At the climax, everything disintegrated and I left this world. I came back into a chaotic universe with no place for me to hold on. My guides saw that I was having a hard time and said ‘You’re doing good work’ and ‘Your physical body is safe.’ Their help gave me the courage to keep going and tackle the labor of reassembling the universe.

Eventually, I asked my guide ‘Did I die?’ He gave me the wisest, most loving smile and said ‘Every day. But today, not clinically.’ I laughed and I knew it would be okay.

That trip put everything in perspective. Big problems seem smaller now. It’s all part of the journey.

Finally, some thoughts for the hallucinogen naive:

I feel that psychedelics can be valuable because they take you to the core of human nature. They strip away all the everyday distractions and show you the extremes of wonder and uncertainty at the center of your heart. It’s natural to be afraid of the unknown, but psychedelic experiences aren’t alien, they come from within us. I was astonished when I got to the bottom of the tunnel and discovered that it felt familiar. If you’ve ever been in love or cared for a child or aging parent, you might not be too surprised at what you find if you take a psychedelic journey.

The Wisconsin State Journal interviewed me for their article in today’s paper about psychedelic research at the UW School of Pharmacy. In UW Madison tunes in to ‘magic mushroom’ medicine, I talk about my experiences as a volunteer subject in a research study on the effects of psilocybin. The photo below shows Karen Cooper, one of the study guides, in the session room. (Photo: M.P. King, WI State Journal) 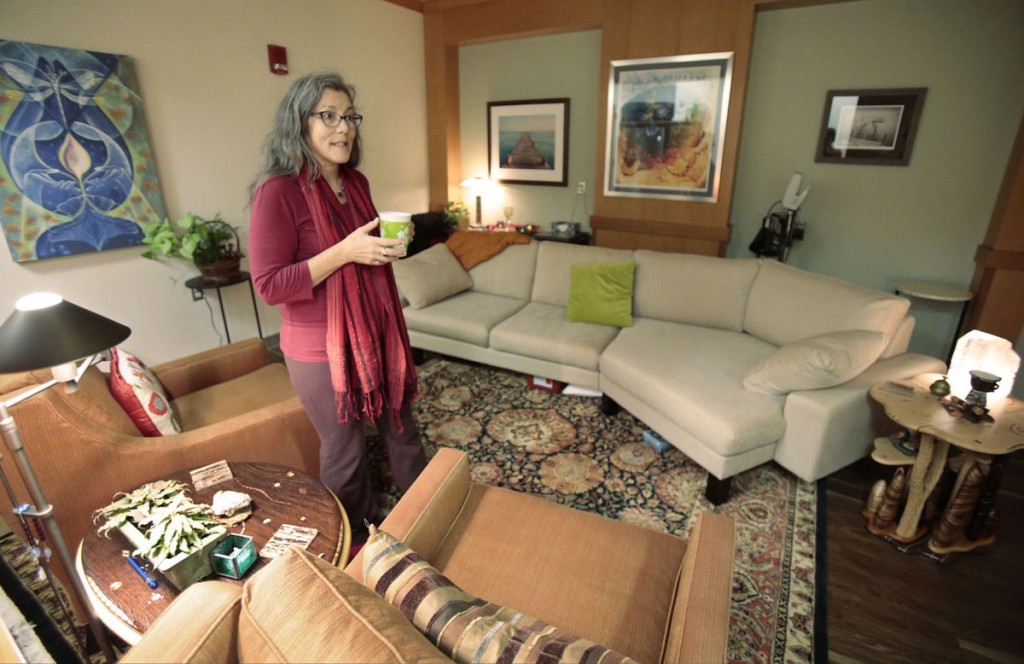 What’s so great about consciousness?

Consciousness is everywhere. At any rate, it’s hard to avoid the deluge of books, articles, conferences, online discussions, et cetera, that flog the topic of consciousness from the heights of academic seriousness to the depths of pop culture folly.

Fortunately, the discussion often comes with a disclaimer about the slippery nature of the subject. Just what the heck is consciousness anyway? What you don’t see so often, though, is any suggestion that consciousness might not be worth all the fuss.

Sure, we assume it’s important, but we would, right? Humans experience consciousness front and center every day, but does that make it more significant in the great scheme of things than, say, our toes or digestion? What if our cult of consciousness is just a symptom of pride?

If and when we figure out how consciousness operates, it may turn out to be the greatest discovery of all time, but until then we can’t jump to conclusions. If we’re going to be honest, I’d say we need to admit that consciousness, if and when we understand it, may not amount to much.

So, keeping in mind that I’m hardly qualified to have an opinion on this subject, let’s imagine a scenario. Many years from now, the world’s top psychologists, neurophysiologists, cognitive scientists, et cetera, assemble at their big conference and go on TV and make an announcement something like this:

“Ladies and gentlemen, after decades of research and theorizing, we’ve arrived at a definition of consciousness that may seem anticlimactic to some but is nevertheless, we believe, the best the human race will ever have.

“In our opinion, consciousness is an evolutionary glitch that makes experiences in short term memory seem especially vivid for a period of about 18 seconds. In other words, it’s a mistake and we can move on. Thank you.”

I’m not proposing this idea as a serious explanation of consciousness. I am saying, however, that the real explanation, if and when we get one, may be just as mundane.

If that happens, how will the world of conscious humans react? Perhaps like Republicans in Congress react to the scientific consensus on global warming. The House of Representatives will pass the “Restoring Respect for Consciousness and Working American Families Act.” A panel of celebrity experts on Oprah will reassure us that, despite the negative stories promoted in the mainstream media, consciousness is the key to a healthy lifestyle, success in the stock market, and time travel.

Actually, we might not have to wait long. Maybe we’ve already made up our minds. If the real consciousness ever shows up, we might prefer the version on daytime TV. 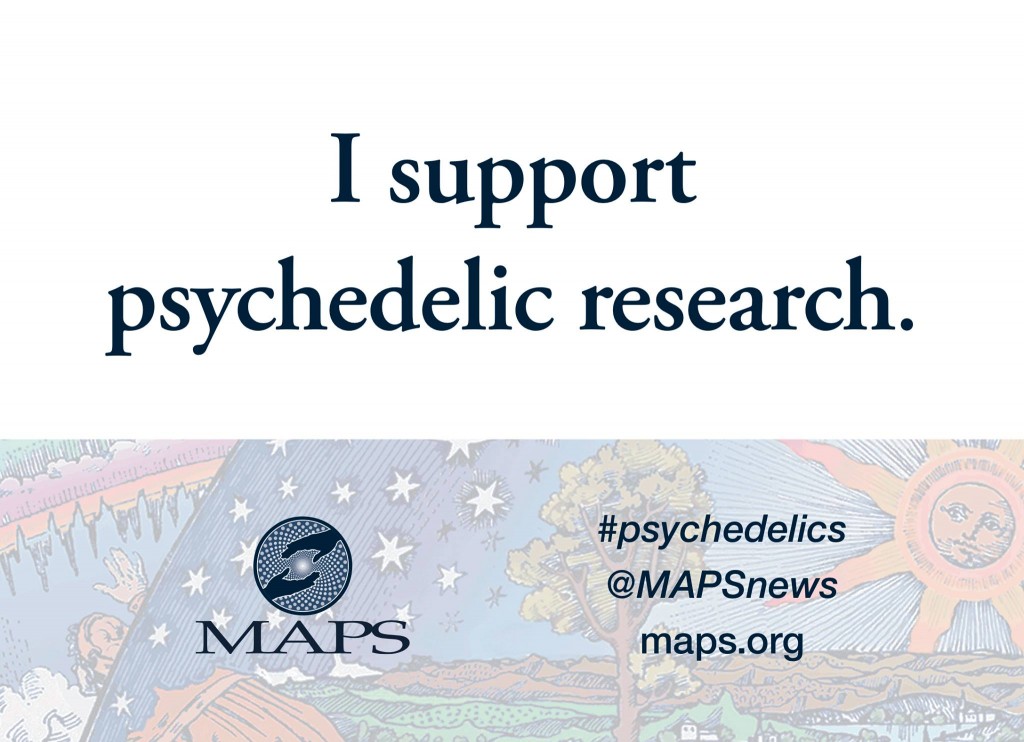 Here’s a new documentary about a remarkable and historic friendship. If you have any interest in psychedelics or eastern spirituality, you probably know about the work of Timothy Leary and Ram Dass, formerly known as Richard Alpert. Dying to Know follows their relationship from the early days of psychedelic research at Harvard to Leary’s death and beyond. Dying to Know–produced and directed by Gay Dillingham and narrated by Robert Redford–opens in the Bay Area on July 10th.

A turning point for psychedelics

The psychedelic community is about to get a lot bigger. Up to now it was a select group of visionaries and thrill-seekers. In ten years, however, when psychedelics are available by prescription, the biggest demand may come from ordinary folks. The people who check into clinics for psychedelic therapy will be cancer patients, war vets, alcoholics and others looking for relief more than cosmic enlightenment.

Enlightenment will occur, of course, and spread out way beyond the salons of the cognoscenti. How will society change when anyone can walk into a local clinic and trade their fear for inner peace?

There’s so much promise, but there are also a bunch of obstacles. The folks from middle America who could really benefit from psychedelics won’t get the help they need if they’re held back by prejudice and misinformation. That’s where we come in. It’s up to us—the members of the psychedelic community—to clear the path.

We’re like the pioneers in covered wagons who drove west through the unknown. Once they settled the new land, they held out their hands to the folks back home, the farmers and shopkeepers and schoolteachers who followed once they knew it was safe.

Now it’s our turn to hold out our hands. We’re the psychedelic welcoming committee.

It’s not too early to start crafting a friendly message for newcomers who are suspicious of the whole business. Something like:

“Welcome, friend. We’re here to help you have a good journey. If you follow the guidelines, you’ll be fine. The psychedelic experience is natural and deeply human. You may encounter surprises, but you won’t be alone. We’re your companions all the way and we have a lot of experience bringing travelers safely home.”

The great work that began with Albert Hoffman is about to begin in earnest. We’ve had the experience to ourselves for long enough. It’s time to open the door and welcome the liberal and the conservative, the sick and the well, the people we love and the people we hate. The great work won’t be accomplished until everyone has the opportunity to cross the threshold.

Yes, it’s an opera based on Albert Hoffman’s discovery of LSD. The orchestra contains a number of instruments designed by Harry Partch, including the Diamond Marimba and the Cloud Chamber Bowls, which are “tuned with 43 tones to the octave.” The LSD molecule appears as a character performed by three sopranos. Who says classical music is boring? Details at LSD: The Opera.