I wrote the previous post as an assignment for Buddhism and Modern Psychology, an online class taught by Robert Wright of Princeton University. Although Wright currently has an appointment at Princeton as a professor of religion, I first encountered him decades ago when I read his book The Moral Animal: Why We Are, the Way We Are: The New Science of Evolutionary Psychology. This is one of a handful of books that changed the way I look at the world. 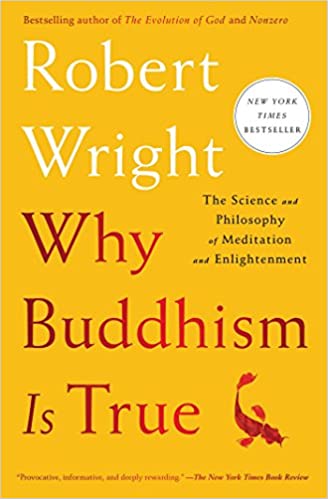 Wright was struck by the similarities between evolutionary psychology–the idea that natural selection formed our minds as well as our bodies–and some elements of Eastern religion. Although Buddha wasn’t aware of genetics or evolution, his analysis of the human mind matches nicely with a modern Darwinian view. Wright developed these ideas into the course I took and into his latest book Why Buddhism is True: The Science and Philosophy of Meditation and Enlightenment.

As the title implies, Wright focuses on meditation as way to break free of the illusions that natural selection implanted in our minds. He doesn’t mention psychedelics, but the parallels seem pretty obvious to me. I immediately thought of evolutionary psych when I read The entropic brain: a theory of conscious states informed by neuroimaging research with psychedelic drugs.

This paper by the British neuroscientist Robin Carhart-Harris suggests that the human brain fluctuates between orderly (“low entropy”) and disorderly (“high entropy”) states. When the brain veers too far into low entropy, the result may be obsessive introspection and repetitive thought patterns. This condition can lead to depression, PTSD, and many other ills.

The Buddha’s diagnosis of human suffering sounds a lot like our understanding of the entropic brain. The mind craves the stability and control of a persistent ego, which doesn’t exist, with the result of constant frustration. The stronger the craving, the deeper we dig ourselves into a hole of illusions, repetitive thoughts, and destructive behaviors.

Psychedelics disrupt repetitive mental patterns and push the brain into a chaotic, high entropy state. When the drugs wear off, the brain resets into a fresh state ready for new programming. Meditation can do the same thing.

This line of inquiry seems very productive to me. I’d welcome your comments.