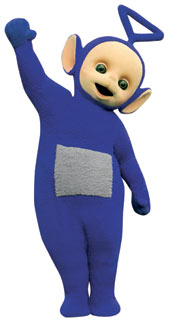 Your inner guru ran off with his secretary

When I was in the Transcendental Meditation (TM) movement back in the Seventies, I heard Maharishi describe what it’s like to start meditating. He compared it to looking at a mountain range through a zoom lens.

Before you learn to meditate, your lens is zoomed in all the way and you see the peak of a single mountain. Then you start meditating and the effect is like zooming out to see all the mountains at once. When you get the wide-angle view, you realize how much you were missing.

That’s exactly what it felt like for me. On the day I learned to meditate, I began to notice clouds, textures, bird songs, decorations—all the things that used to be invisible.

I’ve had similar experiences with psychedelics. That’s just how it works—once the inner noise shuts off, you start to notice things. That can be a great opportunity, but it can also be a set-up.

For example, one night in my wayward youth, I dropped a tab of acid and went for a walk in the park. I became mesmerized by a streetlamp that buzzed and flickered whenever I walked by. For one evening, I believed I had the power to short-circuit streetlamps.

We’re also programmed for certainty. Our brains can generate a sense of hard, cold reality and attach that certainty to the plainest truth or the flimsiest delusion.

Most of the time, we get by. So what if Aunt Doris blames her kidney stones on the full moon? We can mistake correlation for causality a good chunk of the time and still do okay.

Of course, there’s a big risk once you add charismatic leaders. They’ll happily tell you that the world hangs on your own personal sins or virtues. Maharishi got a lot of mileage from that sort of thing. To this day, there are still people in his movement who believe that their meditation is the only thing preventing World War III.

If you’re wary of charisma, you can run when you see a white robe, but you can’t hide. Your own mind will come after you. It’s fueled by hundreds of thousands of years of evolution and it’s eager to lead you down the garden path of total bullshit.

Would you even pause to question your own experiences? You’re way more charismatic and authoritative than any guru, at least to yourself.

I can’t say for sure whether people who practice meditation or use psychedelics are any more prone to magical thinking than others. However, I’ve spent a lot of time in both communities, and I have to tell you that the ground is pretty soggy with peculiar ideas.

Here’s my pet theory. I think that the heightened awareness produced by meditation and psychedelics can make us vulnerable to cognitive errors. When the noise in your head shuts down, you become more and more aware of the world around you. The objects and events you notice become fodder for the brain’s pattern matching machine. Your mind starts cranking out coincidences, synchronicities, and grand theories that explain everything. In your heightened state, your new discoveries seem charged with meaning, perhaps to the point of revelation.

In effect, you put on a white robe, adopt yourself as a disciple, and lead yourself off on a merry chase to nowhere.

Fortunately, this result isn’t inevitable. We can be aware of the traps built into the human mind and do our best to avoid them. That’s true for all human minds, not just those under the influence of meditation or psychedelics.

Evolution makes fools out of all of us.