For those wondering about the therapeutic value of entheogens, here’s an excerpt from the film The Medicine–Medical Research on Psychedelics. I found Annie’s story very moving.

“A woman diagnosed with terminal cancer is given a dose of psilocybin to curb severe anxiety in the context of a Harbor-UCLA medical study. Following treatment, anxiety and barriers in the woman’s personal relationships were significantly alleviated.”

We gather today to join a great journey that began long ago when our ancestors discovered plants with the power to join earth and heaven. We remember with love the generations of brave men and women who went before us on the path of sacred chemistry.

As we prepare for the unknown, we’re grateful for the light that that came to us from Arthur Heffter through Albert Hoffman and Stan Grof into our own time with Alexander and Ann Shulgin and to those gathered here. May wisdom guide us.

Now it’s time to open the door and pass over the threshold. I accept this cup with gratitude to the science that offered it and to the spirit that formed my nervous system so that I might understand. I dedicate this work to the greatest good of our species and this planet.

So may it be. Now and always. Amen.

Aphorism of the day: the task of spiritual people

As spiritual people, our task is to help others discover their depths. 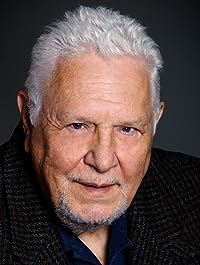 Turn On, Tune In, Get Better

There’s an excellent article in Scientific American that summarizes the current state of psychedelic research. Turn On, Tune In, Get Better: Psychedelic Drugs Hold Medical Promise describes the benefits of psychedelic therapy for a variety of serious conditions including depression, addiction, and PTSD. Writer Roni Jacobson notes that the federal government makes it very difficult for scientists who study psychedelics to conduct necessary research. Nevertheless, the article states that “Psychedelic drugs are poised to be the next major breakthrough in mental health care.” “Turtles All the Way Down”

Here’s “Turtles All the Way Down” by Sturgill Simpson, the only country song about psilocybin and DMT. Lyrics here. There’s an interview with NPR where Simpson cites Terrence McKenna and Rick Strassman’s The Spirit Molecule as inspirations.

As I noted in my last post, I’ve been thinking about our psychedelic heritage, especially the bits of psychedelia that took up residence in mainstream culture. They’re everywhere and they seem innocent enough, but they can reveal much for those with eyes to see.

Take the phrase “what a trip.” People use this exclamation when they’ve done or seen something unusual that impressed them. Even Aunt Mabel, who got her opinions about psychedelics from Nancy Reagan, might say “what a trip!” after her first visit to the Mall of America.

Dig a bit deeper and you’ll find the term in its native context. Light shows are “trippy.” Kubrick’s 2001: A Space Odyssey was advertised as “the ultimate trip.”

Go all the way down and you’ll discover the origins of the term in the intersection between psychedelic chemicals and the human nervous system. When you take one of the classic hallucinogens like LSD or psilocybin, the subjective experience can be like going on a journey. There’s a beginning and a middle and an end with sights and stages along the way, often unfolding in a narrative progression like a movie or a work of literature.

Compare the psychedelic trip with the experiences and slang terms of other drugs. When you take an intoxicant like alcohol or marijuana or cocaine, the resulting high is static. You take off into a state of euphoria or numbness and you stay there until it wears off. You get stoned, wasted, blitzed, blasted, bombed, fucked up, or otherwise rendered semi-conscious by words that imply violence and death.

With psychedelics, however, you travel, you go on a trip. Nobody talks about “tripping on Budweiser.”

We could stop here, but is there a deeper level of meaning? If so, we might have to forget about language and look to neuroscience. How do these substances act on the nervous system to produce the subjective experience of traveling?

That kind of question is way over my pay grade, but I’m going to take a shot anyway. I’m guessing that the “trip” experience is somehow related to the parts of the brain that produce the ego, the sense of self.

The ego connects and organizes our perceptions, thoughts, and memories. Normally, everything comes together in a single point of view. Under the influence of psychedelics, however, the ego can loosen its grip, resulting in the well-known phenomenon of the self dissolving into the universe.

Without the glue of ego, the perceptions and events that make up our experience may come apart, like pieces of a jigsaw puzzle jumping out of the picture. We’re free to select and examine the pieces one at a time, to rearrange them in a creative pattern. The result could be a sequence or narrative.

What do you think of when you hear the word “psychedelic?” Swirly graphics? Electric guitars? Timothy Leary? It’s easy to come up with stock images, even for people who wouldn’t dream of taking LSD or other psychedelic drugs. We’ve lived with artwork, music, and language inspired by psychedelics for 50 years, long enough to make them familiar to everyone including Aunt Mabel who voted for Richard Nixon.

The familiarity is one half of a paradox. We slap psychedelic graphics on everything from clothing to magazine ads, but the psychedelic experience itself is forbidden. If you’re a fan of the Beatles, you can listen all you want, but if you’re curious about the substance that inspired the music, you’re risking a lengthy jail term and a hefty fine.

The taboos extend beyond the substances to the people who use them. I’m old enough to remember the infamous “LSD episode” of the sixties cop show Dragnet. It portrayed psychedelic users like “Blue Boy,” the guy below, as freakish monsters. It was typical for the media of the time.

I’ve been trying to think of another paradox like the one we’ve created with psychedelics—another case where mainstream America adopted the language and trappings of a group they despised and suppressed. The only other example I can think of is African American culture.

At the time of that Dragnet episode (1967), black music and slang and styles were becoming common, but the people themselves lived in the shadow of segregation and lynching. The Civil Rights laws came along at about the same time as the War on Drugs. One paradox started to close as another opened.

Now we have a black president. Popular music and TV are dominated by African American culture. Psychedelics, however, are just starting to emerge from the deep freeze.

Perhaps we’ll have a Civil Rights moment, like we did in the sixties, when we admit that psychedelic consciousness is just another mind/body state like black skin is just another kind of pigmentation. We can drop the boogeyman nonsense and use psychedelics as serious, practical tools for research, medicine, and spiritual discovery.

For now, while we’re waiting for the War on Drugs to collapse from exhaustion, we can start to reclaim our psychedelic heritage. The artifacts are in plain sight. That tie-died t-shirt? It’s been gathering dust at the back of the closet, but it was inspired by a powerful vision and it can be powerful again with a little love and pride.

Dock Ellis in his own words

Here’s another video about major league baseball player Dock Ellis and his legendary no-hitter. Narration by the man himself. Don’t try this with your own baseball team.

Aphorism of the day: testimonials

If your beliefs come from anecdotes and testimonials, you’re building your house on sand.